NFSJ will sponsor a seminar to inform the participants of the Ethical Report Card of Companies and Guricho, Green and Ethical Choices, projects of SSRC, or Citizens’ Network to Build a Sustainable Society through Responsible Consumption.

We also invite Ms. Mariko Arikawa, a Sustainable PR Planner and Ethical Consumption Coordinator as a guest speaker. This seminar will be held in Japanese.

(This seminar is for free, but one need to pay for the admission for the Yokohama International Forum which is 500 yen with reservation and 700 yen on-site. )

The 18th NFSJ Cafe to hear from a police officer on human trafficking in Japan will be held on Novermber 1, 19:00 at Musashino Place “Space C”.

The SSRC seminar on the Ethical Report Card of Companies in Osaka area will be held on August 21 at King Conference near Shin-Osaka Station.

We are sorry that this event will be conducted in Japanese and no translation will be provided. 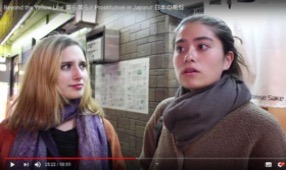 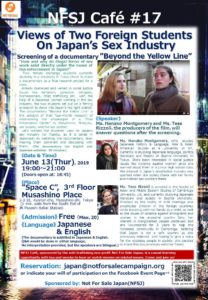 This is an announcement of the event to be conducted in Japanese on April 19 in Tokyo: “NFSJ Café #16: Let’s learn about LGBT—toward the society where no one is left behind and sexual diversity is accepted”. If you are interested and need an English info, please contact:  japan@notforsalecampaign.org  Thank you! 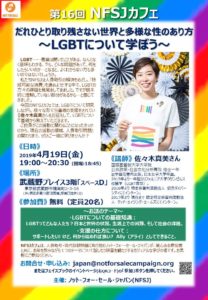 This is an announcement of the event to be conducted in Japanese on March 19 in Tokyo: “Seminar on the Ethical Repot Card of Companies” sponsored by Citizens’ Network to Build a Sustainable Society through Responsible Consumption (SSRC). If you are interested and need an English info, please contact:
japan@notforsalecampaign.org Thank you! 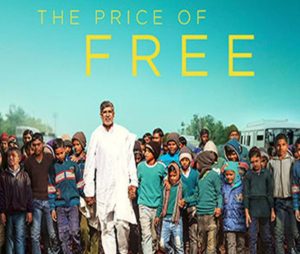 ◆Reservation: japan@notforsalecampaign.org
or indicate your will of participation on the Facebook Event Page

◆Sponsored by: Not For Sale Japan(NFSJ)

Indian activist Kailash Satyarthi, a laureate of Nobel Peace Prize in 2014 along with Malala Yousafzai, has been rescuing children from child labor. Child labor is not just children working, but often is slavery or human trafficking with confinement, violence and threat, forcing children to work for long hours with almost no pay.

Let us learn by watching the movie how and why Kailash started and continues his activities, as well as the reality of child labor and the people who rescue and rehabilitate the victims.

【”The Price of Free” USA/2018/directed by Derek Doneen/1hr.32min./Subtitled in Japanese & English】

NFSJ will invite Dr. Junpei Yamamura as a guest speaker for the seminar “Your Foreign Neighbor May be a Modern-Day Slave”..

Dr. Yamamura works for a clinic in Yokohama while helping out trafficked and/or exploited foreign workers in Japan. We will hear about the immigrants to Japan who have suffered from such hardships and also hear about the new Immigration Control Act and its points of concern.

The seminar will be conducted in Japanese. Sorry, no translation will be provided.

Admission Free (but you are required to pay admission for the Yokohama International Forum.) 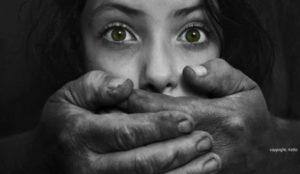 NFSJ Café No. 14
“Through a Legal Lens:
The Case of Prajwala, an Anti-Trafficking Organization in India”

◆Presentation Background:
India’s journey against all forms of exploitation including Human Trafficking has been long arduous but substantial. Right from creating powerful laws to building social institutions and empowering the culture – India has had its successes and failure.

It took a dedicated and committed woman like Sunitha Krishnan who herself is a sexual assault survivor, to dwell into the deeper and finer aspects of the implementation of the law, policies, schemes, and procedures and show a mirror to the society.

Come learn how one woman fought a rigid system through her organization Prajwala to create enabling procedures through legal activism. We shall discuss the organization’s work and use their court case as an example to understand how they created a ripple effect of change across the Nation.

◆The event will be conducted in English.

◆Sponsored by: Not For Sale Japan 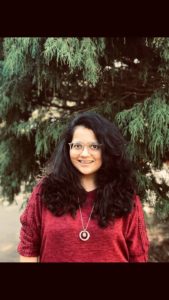 Saloni Lakhia is a Rotary Peace Fellow and an MA candidate in Public Policy and Social Research at the International Christian University, Tokyo. She holds a Bachelor’s in Law from Government Law College, India.

She has worked with many nonprofit and state government institutions in India helping create gender-specific policies and legal reforms as well as written socio-legal handbooks focusing on crimes against women and children. Primarily, her work has been focused on securing protection and rehabilitation for survivors of human trafficking, sexual assault and domestic violence in Maharashtra.

When not working, she spends her time as a freelance literary and content editor, with published books from HarperCollins and Penguin Random House India.

(NFSJ Cafe is a casual learning opportunity on a topic related to human trafficking with a guest speaker. Coffee, tea, and snack will be served.)